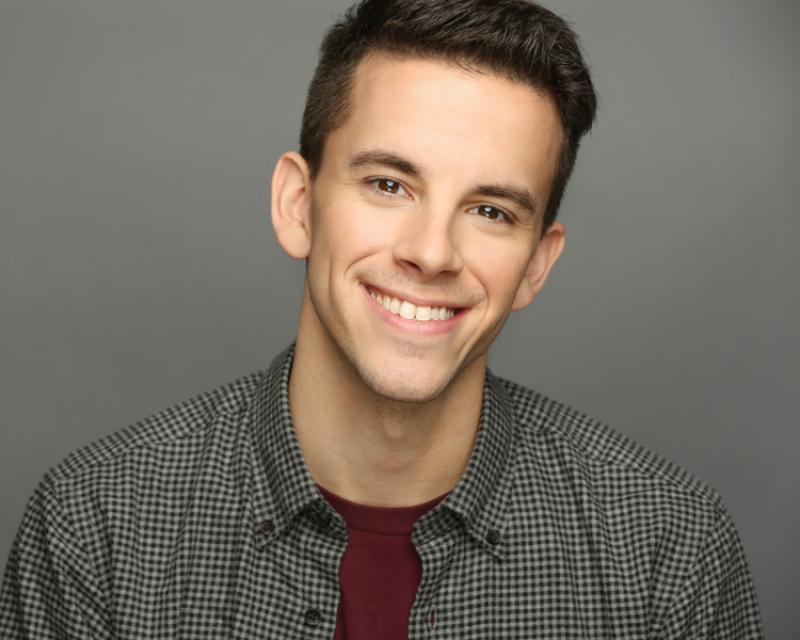 Chaz Wolcott is an actor, director and choreographer based in New York City, and is a proud member of Actor's Equity Association. He earned his BFA in Dance from Oklahoma City University.

As a performer, Chaz has been seen as Buttons on the First National Tour of Disney’s Newsies. You can also catch Chaz’s performance in Disney’s Newsies: The Broadway Musical, available for digital download on iTunes and Amazon. Chaz also starred in t...read more

Chaz Wolcott is an actor, director and choreographer based in New York City, and is a proud member of Actor's Equity Association. He earned his BFA in Dance from Oklahoma City University.

As a performer, Chaz has been seen as Buttons on the First National Tour of Disney’s Newsies. You can also catch Chaz’s performance in Disney’s Newsies: The Broadway Musical, available for digital download on iTunes and Amazon. Chaz also starred in the 30th Anniversary Tour of Cats as the Magical Mr. Mistoffelees. Chaz was featured on FOX’s So You Think You Can Dance.  Favorite regional credits include: 42nd Street (Andy Lee), Mary Poppins, Gypsy, Legally Blonde and productions at Music Theatre of Wichita, Merry-Go-Round Playhouse, The Gateway, Lyric Theatre of Oklahoma, Fulton Theatre, The Fireside, Casa Mañana, Westchester Broadway Theatre, Gretna Theatre and more.

Chaz is a popular master class instructor, traveling all over America teaching for The Broadway Collective, Broadway Connection, Disney Musicals in Schools, Stage Door Connection, Inside Broadway, The Streetz convention, Dancers Against Cancer and Dancers Responding to AIDS.

As a director/choreographer, Chaz's work has been seen in Forestburgh Playhouse’s productions of Mary Poppins and Crazy for You, Interlakes Theatre’s Cats, Legacy Theatre’s Newsies as well as multiple productions at Gretna Theatre and The Sooner Theatre.

Chaz donates tons of his time to Broadway Cares/Equity Fights AIDS, having supervised the collecting efforts while on tour. His choreography has been featured in Gypsy of the Year (at Broadway’s New Amsterdam Theatre) and Broadway Backwards (at Broadway’s Al Hirschfeld Theatre). Chaz has also produced, directed, and choreographed multiple cabaret fundraising events for BCEFA, which were  picked up and brought to NYC's Feinstein's/54 Below.

You can learn more about Chaz at www.ChazWolcott.com or by following him @dancinchaz on Insta/Twitter! 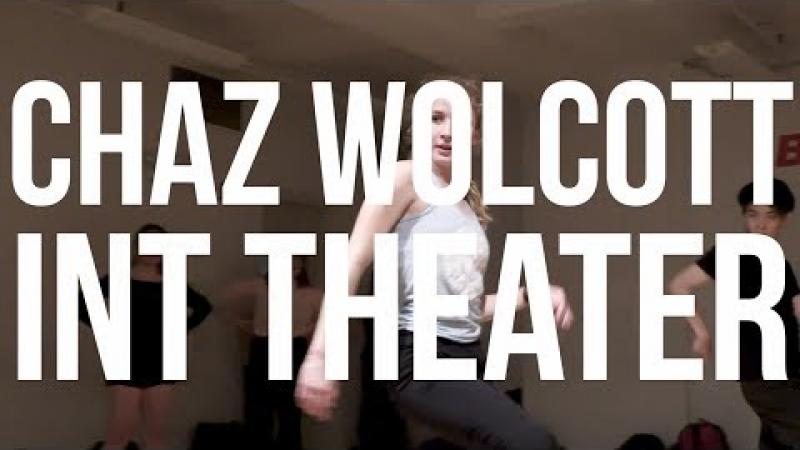 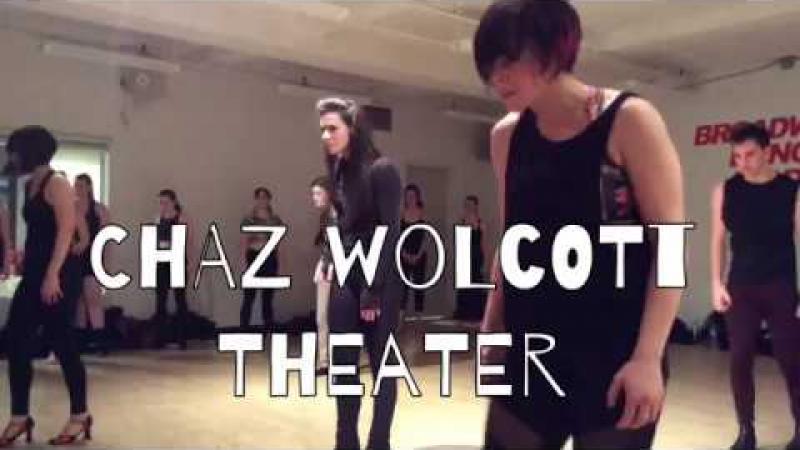 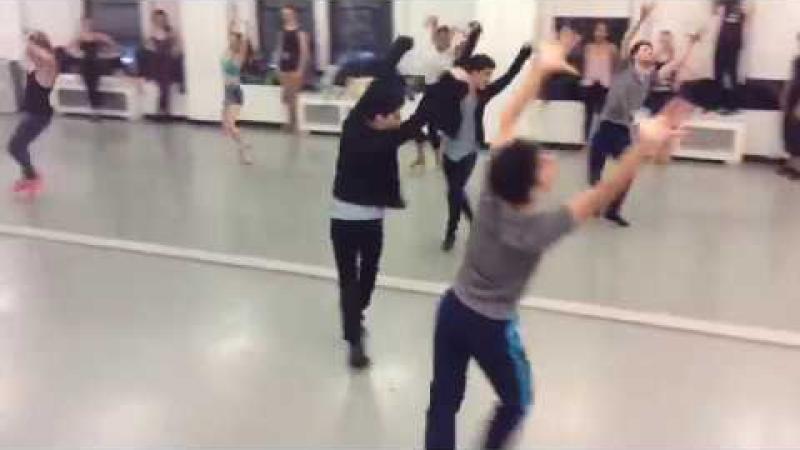 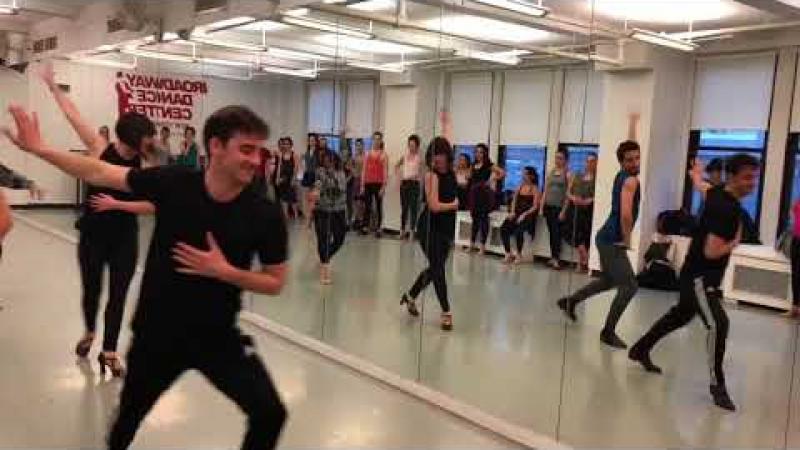 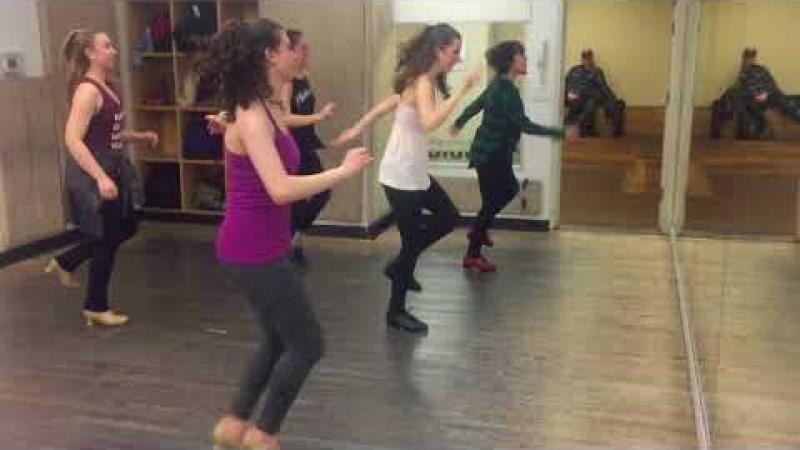 Chaz's theater dance class is the best of both worlds. His warm-up is fun and engaging, while working on technical development, strength, and awareness.

There are center exercises that address Jazz technique and most importantly assimilation, helping students prepare for the dreaded complicated dance audition. Chaz's combination focuses more on performance and storytelling then technique, with some technical elements mixed in for variety.

Chaz encourages all dancers to feel good about their work in class, no matter their level or ability. Coming out of class feeling improved is the ultimate goal. Focusing on the story or the message the choreography is trying to convey usually proves to be the missing element in booking jobs in the musical theatre industry, so Chaz tries to give students help and encouragement in that regard!

Chaz Wolcott's tap class focuses on reinforcing basic tap technique and building on various tap styles. A warm-up that both develops strength and technique and challenges the student's ability to pick up choreography begins the class. Next up is some tap technique exercises which help to reinforce vocabulary, clarify technique and build the student's repertoire. Finally, a combination of steps is taught to work on the student's acquisition of choreography. A variety of tap styles help prepare students for any type of tap that may be thrown at them in an audition setting, and Chaz focuses on preparing the student to be confident in their tapping ability regardless of their background with the style. Come tap with Chaz to help improve your tap style, re-examine your tap technique, and practice learning new choreography and being able to perform it with confidence!

This workshop will introduce the beginning student to basic theater and jazz technique by starting with a thorough warm-up that focuses on teaching vocabulary, building muscle strength, and energizing the body and mind for class. From there, we will work on some theater jazz movement and eventually assimilate some of the vocabulary into a routine where we will simultaneously work on executing the steps and telling a story. It’s everything theater dance should be, but at a pace a singer/actor/mover can keep up with! We will get back to the basics and set a strong foundation to build upon.